Apparently there are some people talking about the Corvette on the Barn Finds web site and trying to say it is a 1981. This is why the last guy retracted his bid after believing them without any basis in fact. I DID NOT CHANGE THE DESCRIPTION! They do not know what they are talking about. It does have some later model body pieces (it has alot of different everything. It is an extensively modified Hot Rod!), BUT IT DEFINITELY STARTED LIFE AS A 1971! I posted a picture of the 13 digit 1971 VIN (a 1981 is a 17 digit VIN and does not look similar), a picture of the original and matching numbers CJK 350/270HP with an automatic engine suffix code on the front of the engine block, and the original 1971 Trim Tag. It was originally a 989 paint code Warbonnet Yellow with black interior car from the factory. And I have the 1971 Chevrolet Corvette California title that matches the VIN and the engine code in hand! It would be nice if people would have a clue what they are talking about before they post about somebody else’s car, but the anonymous digital world lets anybody claim to be an expert.

This is a one of a kind old Showcar from the over-the-top excess of the 1980s Miami Vice era that somebody spent a tremendous amount of money on building. It has been in storage for years so I would consider this a drivable project at this point in time. It starts right up and runs fine, sounds awesome through the Hooker sidepipes, goes down the road, stops, and can be driven today but I would certainly go through it before driving it any distance. It has plenty of squeaks and rattles like most old Vettes. IT NEEDS SOME TLC! The car, unbelievably enough, is actually a matching numbers 1971 Corvette T-top Coupe. It still has it’s original 350/270 HP engine. Not that anybody in their right mind would attempt to restore it back to stock but it is kind of cool and being a 1971, it is smog exempt in California so you could put in the drivetrain of your dreams without worrying about it. I had planned on doing an LS conversion with an overdrive automatic but I have since picked up a 1963 Split Window Corvette SCCA Racecar that I am doing instead (no, not an LS swap in that!) and I need the room.

It is a Daytona Widebody conversion to resemble the old Trans Am and IMSA race cars of the day. Extra wide front and rear fenders, Daytona Turbo dual scooped hood, front air dam, rear spoiler. 16 inch BBS style wheels. The paint is still in reasonably good condition. The body is in good shape aside from some minor cracks that can be seen in the pictures. The frame is in very good condition and is very solid. It is a lifelong CA car. The later model seats are in good shape. Digital gauges have been installed and, while they work, I am not sure how accurate they are. The tilt/telescopic steering column has a broken pin inside it so, although you can still drive it, it is loose and needs some repair. The driver’s power window works when it feels like it. The passenger side works. There is no stereo. I have tried to be honest and upfront about the condition so you know exactly what you are getting. A one of a kind old Corvette that needs some minor fixes. Clean, clear California title in hand. I would consider doing some horsetrading on an interesting Corvette, Camaro, Muscle Car, or a steel body Hot Rod. Please be realistic with your trades. Just because you don’t want your junk any more doesn’t mean that I do either. 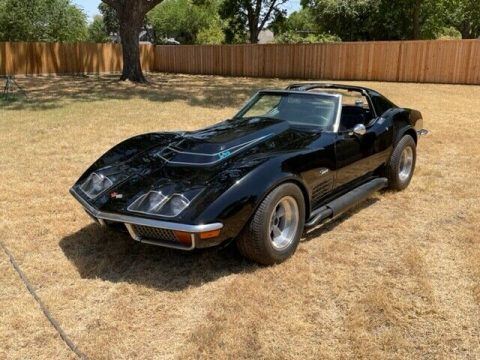 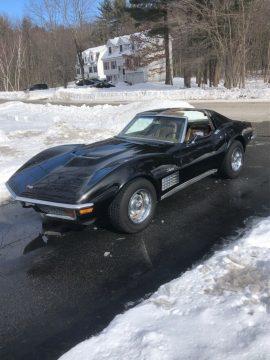 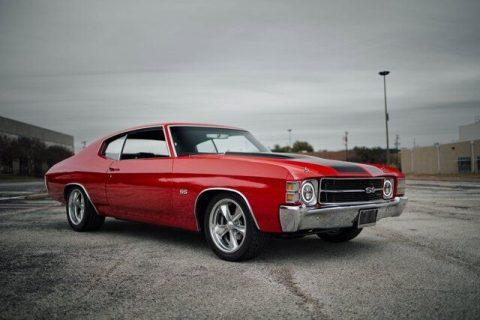 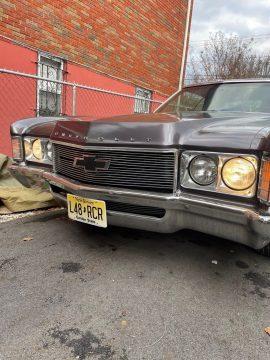 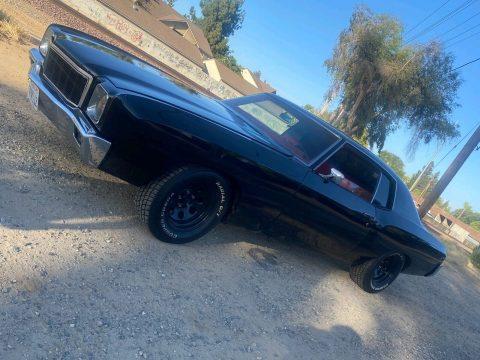