The ’75 Corvette was a milestone in that it was the last year for the Convertible. Federal government safety standards were making it difficult for auto makers to build them, so by ’76, there wasn’t a Convertible being manufactured by any of the Big Three.

However, by the mid 80’s’, those standards were loosened a bit. So, in ’86 the Corvette Convertible returned to a very welcoming buying public! But, back in ’75 we all thought the rag top was gone for good. As a result, the ’75 Corvette Convertible became a much sought-after and rare collectors item, with only 4,629 units built. And it still is to this day!

We don’t often get ’75’s Convertibles in. So, we were happy when this beautiful example presented itself to us! It came out of an estate collection belonging to a former client of ours. It’s been extensively restored, but still retains much of its original interior still in excellent condition. 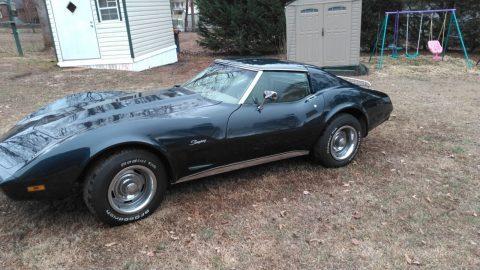 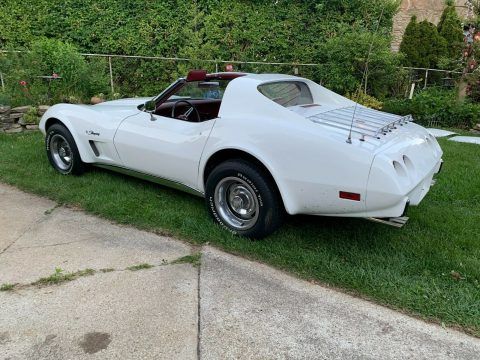 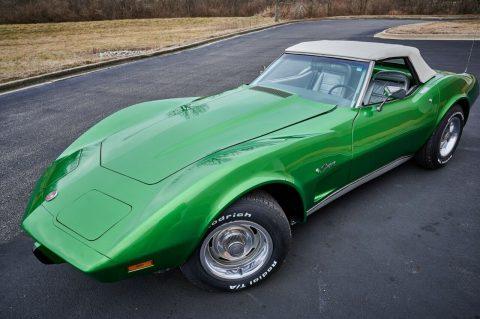 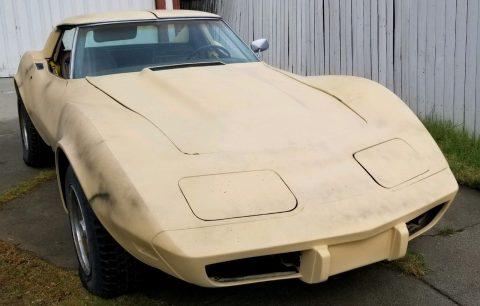 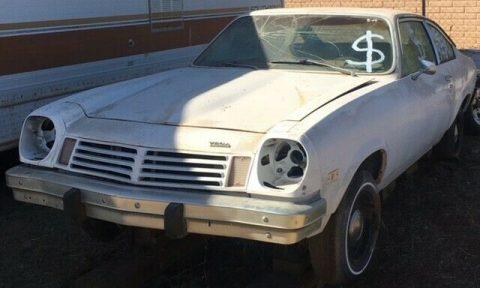